A to Z Challenge – Z is for Megan Luzat 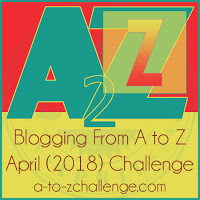 Description: Megan is average height with a lean but strong build. She has curly blonde hair and brown eyes.

Short Bio: Megan is the middle child of Adam and Jennifer Luzat. She had an older brother, Warner, and younger sister, Micaela. Her family lived pretty much paycheck to paycheck. Her brother wasn’t exactly responsible, so she found herself in charge of both her siblings most of her childhood, until she was almost twelve, and he died of a drug overdose.  By the time Megan was sixteen, and Micaela would have been fourteen, Megan was the only child her parents had left.

Megan worked hard to make sure she didn’t let her parents down. She got a job to help out, studied hard, though she knew she wouldn’t be able to go to college. And then she met Callum Riley. He was involved with the man she blamed for her siblings’ deaths, which would have been enough to set her off even if not for the fact he was a drug addict.

But, she saw more under that. And couldn’t quite help falling for him. She saw him trying to be better, but nothing seemed to be enough to pull him all the way out. Then, he was arrested. And at the same time, Megan realized she was pregnant. Instead of telling Callum that, she broke off all contact with him, wanting to give her child a stable life, and she was sure Callum would only continue to choose drugs over them even after he was released.

Her parents came together to help her see her dream, becoming a firefighter, after her daughter, Kaelin, was born. After a couple years, she transferred to the smaller fire department in Crystal Glen when there was an opening there.

Mark turned to Kayla, and surprisingly, his jaw loosened. “Brooke.”
She smiled at him. “Hey, Mark.”
“Uh, the guys at the station miss you. You haven’t stopped by for a while.”
She grinned. “Only the other guys, huh?”
“What would I miss about you?” He scratched at the back of his neck, and his lips twitched. “We got a new transfer to the engine crew when Garro came over to rescue, Megan Luzat. I can rag on her.”
Her eyes went wide, but James knew it was feigned. “They brought someone in to replace me?”
“Even Garro can’t replace you,” Mark muttered.
She grinned. “I think that’s the sweetest thing you’ve ever said to me, Mark.”
James noticed the firefighter’s face flush slightly then he pulled his sunglasses off and winked at her. “I’d say sweeter, but your man might punch me. Or arrest me.”
“I wouldn’t bother,” Adrian said. “I’d let her kick your ass.”