Carolyne didn’t even look away from the invoice she was compiling on her computer. “Yes. That’s what I sell here. It is a flower shop.”

The man who had just stepped into the shop let out a weak laugh. “Right. Of course.”

She looked up at the man, then. He was tall, and wide. She could picture him thundering down the football field. She had seen it, too, back during high school. “Chris. What can I do for you?”

“Flowers. I really think I need some flowers.”

She watched as he scrubbed a hand over his face then ran it up into his thick dark hair. And she couldn’t help but smile and lean against her side of the counter. “How bad did you screw up?”

“Bad,” he said. “I think really, really bad. Roses aren’t going to cut it. Not with those two.”

Carolyne didn’t react to that last part. She’d seen him around with both Reagen and her girlfriend. And their relationship was none of her business. Except when he’d apparently screwed things up. “Roses never cut it. Not when it’s really important. Don’t worry, I’ve got you covered.”

This week’s Stream of Consciousness Saturday prompt was to start with a noun. I will be writing Chris’ story sometime soon. It’s not the next one on my list in the series, but I think it will be the one after that. And this might be how I introduce Carolyn into the series. I wrote about her in a Story a Day piece last month, Flower Shop, as well as a couple others that month.

A to Z Challenge – C is for Christopher Takoda

Description: This is how James describes Chris the first time he sees the boy:

Teresa leaned toward the girl, looking at her menu. Both of the kids had an even darker complexion than her, but those same dark brown eyes. The boy’s hair was nearly black and straight, and from the side he could see the sharp lines of his face. The girl had gotten Teresa’s curls even though her hair was as dark as her brother’s.

That girl isn’t actually Chris’s sister(niece), or Teresa’s daughter(granddaughter), but James doesn’t know that yet. 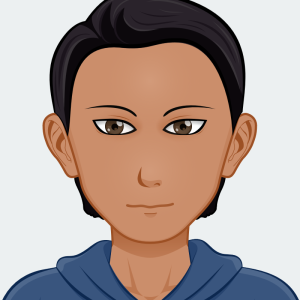 Short Bio: Christopher is the second child of Joseph and Teresa Takoda. His sister, Samantha, was about six years older. She tended toward wildness and chaos, and he adopted a certain calmness as if to balance that out. He never did understand why his sister was the way she was, but when she skipped school, he studied harder. When she blatantly disobeyed their parents’ few rules, tried harder to be good. One of his favorite moments was sitting at his father’s feet and listening to him play his guitar.

When he was almost 10, he came home from school to find his mother sobbing. He didn’t understand at first. He offered to go get his father for her, but that made her cry even harder. It took him a while to understand. Until his sister came home and asked if it was true their father was dead. He didn’t want to believe it. But, the day they buried him, he didn’t have a choice.

The day after the funeral, his sister didn’t come home from school. He thought maybe she was dead, too. But, she wasn’t. He saw her with the man he’d heard had been behind their father’s death. She wouldn’t speak to him, though. He didn’t seek her out again. Instead he did all he could to help his mother cope with losing two important people to her.

When cops came to his mother’s door the next time with a death notification, he was there. He was fifteen this time, and it was his sister who was dead. He understood perfectly fine what had happened this time. Even though he felt like he’d lost his sister years ago, it still hurt. And then the social workers showed up with the little girl. Not quite six years old, but he knew she was his sister’s kid almost immediately.

When that school year was over, his mother decided to move them back to her home town. There were too many memories here that just brought grief flaring back up. His niece, Avery, barely spoke, and he knew his mom hoped taking her somewhere else would help her recover from whatever trauma she had suffered during her short life.

He just hoped it would bring his mother some happiness.

“Where are you going, Mom?”
Teresa turned to see Christopher standing in the doorway to the bathroom. “Out for dinner,” she told him before turning back to the mirror. She hadn’t lied to James. She wasn’t high-maintenance. Even a low-maintenance, or more mid-maintenance, woman liked to wear a little make-up when she went out with a good-looking man.
“With who?”
One corner of her mouth quirked up, and she set her make-up brush on the counter. “You keep reversing our roles, Chris. I’m the parent. I’m the one who’s supposed to be asking you that.”
“I’m the one staying home though.” His face tightened. “It’s not him, is it?”
“If by him, you mean James Brooke, an old friend, then yes. I am going to dinner with him. What is your problem, anyway?”
“I don’t trust him. I don’t like the way he looks at you. I don’t like the way he kissed you today.”
She smiled and turned back to the mirror. “See, that’s the thing about today I like best.”
Her stomach tightened at the things he had told her as they worked. About what had happened to Kayla the previous winter. How close they had come to losing her. And if it hadn’t been for Adrian and that young firefighter, they probably would have.
She shook off those thoughts and looked back up at her son in the mirror. “Chris, stop worrying. James isn’t going to do anything to hurt me.”
“What about Avery?”
“She’s with your grandparents. She’s actually looking forward to spending the night there.” Teresa would keep her phone on in case that changed. “I’m allowed to go out to dinner with someone I like, Chris.”
“What about Dad?”
“Your father’s been dead for six years,” Teresa reminded him. “He would never insist I not move on. We didn’t have that kind of relationship. We loved each other, but we weren’t jealous. Even if he was still alive, he wouldn’t keep me from having dinner with a friend.”
“Even if that friend’s a guy?” he asked.
“Yes, Chris, even then. I told you, we didn’t get jealous. He trusted me enough to know I would never cheat on him.”
“I still don’t really like it, Mom.”
“You don’t have to like it, Chris,” Teresa told him. Then, she asked, “Do you really want me to be alone for the rest of my life? James is a nice guy.”
His face had paled. “You’re not alone, Mom. You have me. You’ll always have me.”
She shook her head. “That’s not what I meant. You won’t always be here. In three years, you’ll go to college. You’ll have your own life to live. I don’t know if things will go anywhere with James, but there’s nothing wrong with me spending time with him. He’s not the first man I’ve seen since your father died.”
Color flooded into his face then. “I don’t want to know about that. I really don’t.” There was so much emotion in his dark eyes when he looked at her.
“You look so much like your father,” she murmured.
His face pinched at that. “I don’t think those are shoes I can fill.”
“I never said you had to be him, Chris. He wouldn’t even want that.” She sighed. “I thought you were going to be at your friend’s most of the night.”
He shrugged. “I decided to come home. I’ll be up in my room. Maybe I’ll read or something.” He stepped forward and put his arms around her. “I don’t want you to be alone, Mom. I don’t want you to get hurt.”
“That’s not for you to worry about. You should be more of a teenager.”
He gave a mock shudder. “No thanks. You wouldn’t say that if you heard the things my peers talk about.”