I haven’t done one of these for a few weeks. Almost thought I’d skip this one, too. Me, shop? Not something I enjoy much. Then, I remembered the few places I do love to go into. I’m sure you all could figure out just what stores these are.

See? Is anyone really surprised? Books, books, and books.

Barnes and Noble is great for browsing. The girl and I usually go there if the boy’s been invited to a birthday party or something that we have to go to Erie for. And if we finish looking for books, we usually stop in the Starbucks upstairs and get a drink and share a big cookie.

Books a Million is in our mall. And I always like checking out their bargain section. I’ve found a couple good books there. Though the general selection is a lot smaller than Barnes & Noble.

And Werner Books may just be my favorite. It’s a used bookstore. The nice thing is when I can find the older books in a series that I’ve fallen behind on. Also, I’ll usually take a box of books in when we go up there. The books there are usually have the regular price. But, if you have an account, you can apply your balance to another half off of that. So, basically you get them for a quarter of the regular price. It’s the main reason I can’t seem to get under 20 books in my physical TBR pile.

I’m kind of cheating this week. Well, maybe not quite cheating, but I have two lists in one. Since I have a pile of physical books and a whole list of ebooks on my kindle. So, I did the top 3 from each of these.

So, I’ve skipped the last few weeks of this. But, I’m back now. I’ve collected a lot of things over the years. Elephants(stuffed animals, banks, figurines, etc…not real ones obviously), toy horses, rocks. Probably some other things as well. Now, though:

Week 3 of the ListifyLife Challenge and still going strong. Today’s list is about the little things that make you happy. This took me a little bit of thinking. Not that I’m an unhappy person. After all, I surprised the nurses when I went in to have my daughter. Smiling when I was having contractions(that I couldn’t feel anyway). But, I like to think of myself as mostly content. Except for when I’m not(and that’s mostly when my anxiety is high).

But, there are a few things that raise my happiness level:

Not so new books

What books would you like to spend time in?

As 2015 comes to an end, I’m looking forward toward my 2016 goals. This includes my goals for reading. Last year my total goal was 250, and I easily surpassed that. I’m currently over 300 for the year. So, surpassing that will be my challenge for next year.

Also, as I mentioned in my Best of 2015 post a couple weeks ago, I want to branch out more. Particularly in my LGBT reading. Last year, it was mostly G&B. So, I’ll be looking at reading more f/f at least. Everything I read last year was m/m(and one m/m/f).

I already have plenty on my TBR list. I have 13 books sitting on top of my desk right now.

And that’s just the physical copies I have. I have 88 in my TBR folder on my kindle. Those are the ones I’ve added to my list and bought(or that I’ve bought when someone posted about it. As long as it wasn’t free). Then, I have 62 in my ‘free’ folder. And I have another 10 from Kindle Unlimited. That folder gets refilled to 10 at the beginning of every month.

Needless to say, I have plenty to read for next year. And more books will likely(I say that like there’s a chance it won’t happen, although we all know better) be added throughout the year. And I still have over $50 on my amazon account from Christmas.

I haven’t done a new releases post for a bit. I have 3 today. 2 of them I’ve read, the other is waiting on my kindle. All pictures, links, and descriptions come from Goodreads.

The Retribution of Mara Dyer – Michelle Hodkin – This one I actually listened to, and it wrenched my heart(and my mind) around so many times. I was happy with how it ended though.

Mara Dyer wants to believe there’s more to the lies she’s been told.
There is.

She doesn’t stop to think about where her quest for the truth might lead.
She should.

She never had to imagine how far she would go for vengeance.
She will now.

Loyalties are betrayed, guilt and innocence tangle, and fate and chance collide in this shocking conclusion to Mara Dyer’s story.

Rise of Orion – Rachel O’Laughlin – This is the other one I’ve read, and…forget about wrenching my heart. Rachel ripped it out of my chest and stomped all over it. There is one more book in the series, so hopefully she’ll be able to sew up my heart and put it back. 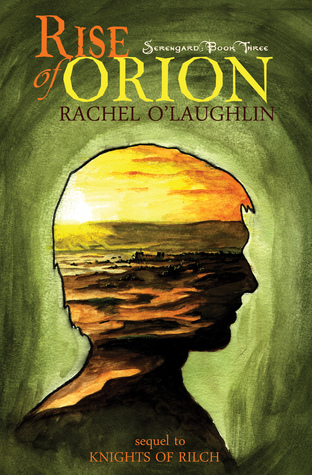 Soul Enslaved – Keri Lake – I’ve only read the first book in this series(this is #3) and a prequel(The Fallen). I do have the second book waiting for me. They were both on sale for .99 so I grabbed them at the same time(I usually one grab one in a series at a time, but I know I like Keri’s writing, so…).

Imprisonment in Obsidius. Enslavement to a soul-sucking succubus. A reproductive cycle that’d send a sex fiend running into the arms of celibacy. Given the choice, most demons would opt for death.

Gavin, eldest son of Wrath, has been sentenced to all three.

When the succubus decides its time collect, though, he fears his nightmares have only just begun.

And Sabelle’s timing couldn’t be worse.

With a bad case of uncontrollable lust, thanks to his Savidon, the last thing Gavin wants is a vengeful succubus stoking his darkest desires, but debts must be paid—he just didn’t bank on enjoying his punishment so much.

Because the swinging bachelor may have found his perfect mate in the sexy seductress.

However, just as things seem to be looking up, past sins resurface, plunging the two into a deadly game of power and deception. As their worst fears merge into one unexpected threat, Gavin is determined to protect Sabelle and win her freedom.

How many of you went out early this morning for deals? Or late last night, since those deals seem to start earlier and earlier. Me? I’d rather stay nice and warm in the house and away from the crowds. I’ve never felt any deals were worth the trouble.

However, my wonderful critique partner, Kat Morrisey, is hosting a Black Friday giveaway over on her blog for this weekend. A chance to win one of fourteen books from six different authors(including me).

The giveaway runs through Cyber Monday, so head on over and check out some good books.

I don’t have a lot to share with you this week. But, first up is Jenny Perinovic with a secret she just revealed. A very exciting secret that I can’t wait to get my hands on. 🙂

And Denise D. Young shared a recipe for Slow-Cooker Chicken and Gnocchi soup on her RoW80 check-in yesterday. This sounds very good, and I think I may have to try and make it sometime, with maybe a few substitutions(like cream of chicken instead of mushroom & chicken breasts instead of thighs, since that’s what we usually have).

That’s all I really have to share this week, but if you want, you can check out my guest post on the RoW80 blog today.

No blog posts to share this week, so I’ll be doing another new releases edition. I consider a new release to be anything published in the last month. So, I looked through my wishlist and recent buys to find some I’m looking forward to(or already devoured).

Claimed, by Lindsay Buroker: This is number 4 in her Flash Gold series. This series that introduced me to Lindsay’s writing(Thanks to Kait Nolan). Really love these stories and can’t wait to read this one.

After years on the hunt, Cedar Kartes is finally within striking distance of Cudgel Conrad, the criminal who slew his brother and framed him for murder. With the help of Kali McAlister, his business partner and the woman he’s mustering the courage to court, he believes he can finally rid the world of a bloodthirsty felon.

But nothing is ever easy in the Yukon. The new police commissioner has taken an interest in Cedar’s checkered past, a suspicious newspaperman is trying to make friends with Kali, and Cudgel may be laying traps for Cedar even as Cedar is trying to trap him.

Eventide, by Krista Walsh: This is the second book in Krista’s Meratis trilogy(and has technically been out for just over a month, but I’m still counting it as a new release). I loved the first book, probably more than I expected to. And the second didn’t disappoint. Krista is very good at twisting my heart around just before ripping it out. And still leaving me satisfied at the end. I can’t wait to read the third book.

Six months after he returns from his fictional world of Andvell, Jeff Powell is still plagued by nightmares, and an inability to write anything new. Cursed with permanent writer’s block, and on the verge of losing the woman of his dreams, he feels his life can’t get any more complicated. Until he comes home to find Jayden and Brady in his apartment with news that the evil sorcerer Raul is in Montreal.

In their search for the now-powerless villain, they find themselves cast back into Andvell, tasked by the Sisters with finding Raul before he regains his power and destroys the world.

As far as Jeff is concerned, he has greater issues. Cassie has a new admirer, his characters are keeping secrets, and he has become the target of a silent assassin. Without his creativity, Jeff doesn’t know if he’s up to the challenge. If he wants to save his world from ruin, he needs to prove he has more to offer than his imagination.

Past My Defenses, by Wendy Sparrow: I’ve enjoyed everything I’ve read by Wendy. I haven’t started this one yet, but it’s waiting on my kindle.

Vanessa is the fastest Lycan around. In wolf form, the only threat she can’t outrun is her allergies. After a feline dander-bomb takes her down, she wakes up naked in a cage staring at a hot park ranger who had no idea what he’d trapped. But ooooh, he smells so good. Mine.
Dane hoped to tame the silver wolf in his kennel, but all bets are off with the deliciously sweet Vanessa on two legs. Her temper makes his pulse race, and he can’t escape the feeling they belong together.
They’re hot as a forest fire even before they scent-match, but Glacier Peak’s Alpha considers Dane a danger to the pack. Meanwhile, Lycans are being poached, and Vanessa has been targeted. Dane will have to keep her close to protect her, but with Vanessa in heat and mad to mate, who will protect him?